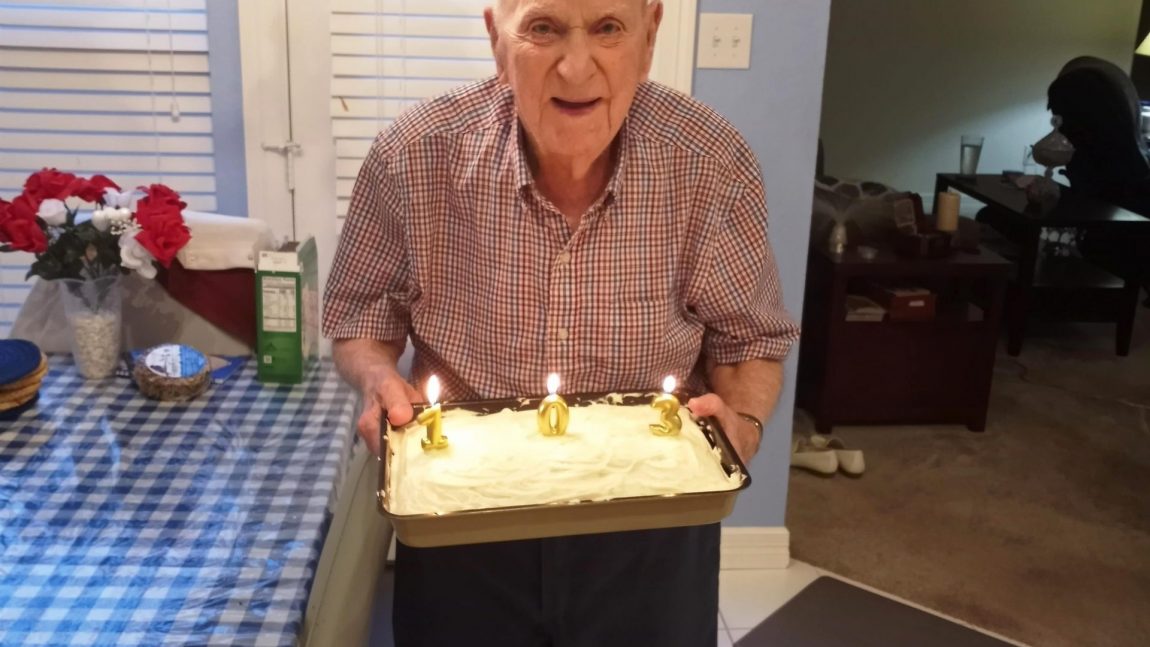 Albert Woodrow Leeper of McKinney, Texas passed away on February 24, 2022, at the age of 103. He was born on July 27, 1918, to William Leeper and Emma (Harville) Leeper in Calvin, Louisiana. Albert attended school in Calvin. He served in the U.S. Army from 1939-1945 and reached the rank of Sergeant. He fought in World War II and received an honorable discharge. Albert married Georgia Poague on August 3, 1940, in Milton, Florida. He lived in Jacksonville, Florida for most of his life, and retired from Jacksonville General Hospital as head of maintenance. Albert was of Baptist faith.

He was preceded in death by his parents, William and Emma Leeper; wife, Georgia Leeper; brothers, Claude, Amos, Clarence, Alon, Herbert, David and Jessie; and his sisters, Beulah and Vertie.

Funeral services will be held at 1:00 pm, Monday, March 7th at Evergreen Funeral Home Chapel, 4535 Main Street, Jacksonville, Florida.  Visitation will begin at noon and continue until the time of the service.  Burial will be in Evergreen Cemetery with military honors being presented.