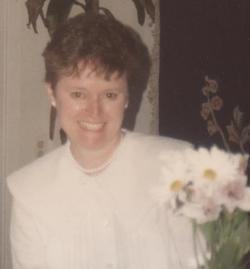 Frances Roberta Hendry Miller passed away on Saturday October 3, 2015 at her residence. She was 73.

She was born on March 8, 1942 at St. Vincent’s Hospital in Jacksonville, Florida to Robert Barnard Hendry and Laura Grace Fillion Hendry. She spent her childhood in Jacksonville with her older sister Laura “Jeane” Howard and her younger brother Robert Hendry, both of whom she loved very much. Frances attended Bishop Kenny High School in Jacksonville, where she graduated magna cum laude in 1960. She worked for over a year at Southern Bell Telephone, after which she attended Sacred Heart College in North Carolina, where she graduated and was the class salutatorian. She was employed as a medical assistant for two years and subsequently worked at AT&T. Later in life, she worked for Delaware Technical College, United Way and as a tax accountant.

In 1967, she met Charles (Chuck) Miller, who at the time was training to be a pilot in the U.S. Air Force. Charles proposed to her on Christmas Eve of 1967, and they were married on April 6, 1968. Due to the nature of Air Force work, they had to relocate frequently and lived in Oklahoma, Delaware, New Hampshire and Washington. From 1977 they lived in Smyrna, Delaware, where she spent almost four decades where they raised her three children and had many close friends.

She was well known for her compassion and generosity and had eyes that could melt the coldest of hearts. She loved to read, and she would joke that her failing memory was of great benefit, because she could then read the same mystery novels repeatedly and enjoy them each time. In truth, her memory was not failing at all; her wit was razor sharp
until the end, as her husband can attest.

Ten years ago Frances was diagnosed with stage four breast cancer. Through the progression of this disease, she showed her great strength and dignity. After this long illness, Frances passed away in her home on October 3, 2015 with her husband at her side. The family thanks the friends and caregivers who gave so much time and love to Frances during her final days.

Frances is survived by her husband Charles, her brother Robert and his wife Diane, by her three children: John Miller and his wife Seiko, Cathleen Trezza and her husband John, and Kevin Miller and his wife Lisa. She is also survived by her loving nieces Diane Parliment, Debbie Logue, Jacqueline Kroggel, and Colleen Fletcher, and her nephews David and Danny Howard and her seven grandchildren: Sean, Paul and Stephen Trezza, and Joseph, Natsuki, Serina and Jack Miller.

Graveside Service will be at Evergreen Cemetery in Jacksonville, Fl 4535 North Main Street at 10:00, Monday October 12.

In lieu of flowers, donations can be made to St. Vincent de Paul Society in care of St Polycarp Church, 135 Ransom Lane, Smyrna, DE 19977.

Arrangements are by Evergreen Funeral Home and Crematory
904-353-3649