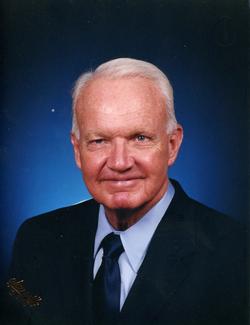 Francis James Polly, Jr, 81, peacefully passed away and went to be with his Lord and Savior on Tuesday, November 24, 2015 at his home in Jacksonville, Florida. Mr. Polly was born and raised in Jacksonville, Florida, the son of Francis James and Audie (Crotts) Polly. He was a lifelong resident of Jacksonville. In his early years he worked in the family business with his father at Superior Millwork Company. After graduating from Andrew Jackson High School in 1952, he served in the US Army at Fort McClellan, Alabama until 1955. He met his wife, Doris Ard at Andrew Jackson High School and they were married August 27, 1955 at Arlington Baptist Church in Jacksonville. Mr. & Mrs. Polly moved to Gainesville, Florida in 1956, where he attended and graduated from the University of Florida in 1960 with a bachelors degree in business administration. After graduation Mr. Polly rejoined his father at Superior Millwork Company. Together they built the business serving the Southeast United States. He took great pride in his business accomplishments, but truly relished the friendships cultivated through the years. His expertise and reputation led him to take active roles in the Architectural Woodwork Institute (AWI) where he served multiple terms as President for the Florida chapter. His son, Trey Polly succeeded his father in the business and is the 4th generation Polly family member continuing the legacy and operating the company.

Mr. Polly was a devoted Christian and active member at Parkwood Baptist Church since 1960. Over decades of volunteer service he served as Chairman of the Deacons, led pastor search committees, and held many significant leadership positions. He also generously dedicated his time and talents in teaching Sunday school classes for both children and adults. His voluntary ministry positions greatly impacted the community and the church.
He is preceded in death by his parents Francis James and Audie Crotts Polly (Granny Polly), his sisters Betty Irwin (Allyn), Carolyn Glover (Hubert), and his grandson Halo Polly.

In lieu of flowers the family requests donations be made to Parkwood Baptist Church or Haven Hospice in the name of Francis James Polly, Jr. Mr. Polly will be deeply missed by his family, friends and the community.