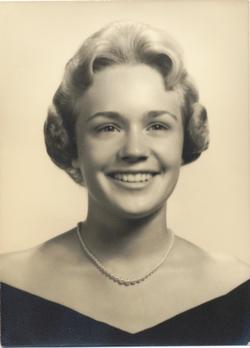 BOND, Kirven Watson passed away on Wednesday, November 04, 2015 after suffering from a long-term illness. She was a native of Jacksonville, born June 6, 1944, to her devoted parents Frances Slade Watson and Frank Leslie Watson. She graduated from Robert E. Lee High School and then attended Sweet Briar College, where she was President of her freshmen year class. After marrying, she continued her formal education at the University of Florida, where she studied English and Photography. Both poetry and photography remained life-long interests and talents. She is survived by her sons, Drs. Frank Bond (Aidan Conway) of London, England, and Gareth Bond (Elisabeth) of Oxford, England, as well as her sisters, Leslie Hill (Jonathan) of Chevy Chase, Maryland and Frances Menzel of Jacksonville. She was blessed with two granddaughters, Lily Lane Bond and Alea Felicia Heina Bond, of Oxford, England, niece Vivian Bishop (Tom) of Jacksonville, as well as cousins Thomas Slade (Mary Stewart), Jerry Slade (Sarah) of Pinehurst, NC and Trudy Slade McKnight (Jack Snyder) of Jacksonville. Kirven will be remembered as a person who was larger than life with an unmatched intellect, and who had deep passions for nature, literature, photography, her friends and family. She will be deeply missed, but we trust she is now at peace. Graveside service 1:00pm Monday November 9, 2015 at Evergreen Cemetery. A reception will follow at Leatherbury Hall, St. Marks Episcopal Church Ortega In lieu of flowers, a memorial may be made to a charity of choice.