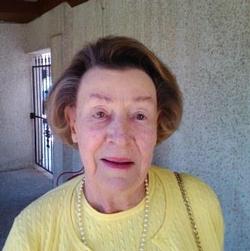 CROSBY, Marianne Garton, 82, of Jacksonville, died Sept. 14, 2015. She was an educator and advocate of children — be it her own or the passel of grown-up ones who sought her guidance. Raised in Avondale Estates, Ga., and reared by parents steeped in Midwestern values, she was known for her grace and genteel Southern ways. Helped to launch Riverside Christian Day Care Center and served as its director for 17 years. Was an influential board member in the formative years of St. Marks Episcopal Day School. Loved traveling, her bridge buddies and the Georgia Bulldogs. Her heart was at the beach. Preceded in death by husband of nearly 57 years, Ellis, and parents Jack and Dorris Garton. Survived by children Jackie, Jay and Russell (Lynne), grandson Sean (Stephanie), great grandson Gage, sister Jackie Morris (Bobby), nephews Matt (Karen) Morris and Danny (Barbara) Morris, niece Marigene Morris Mason. Funeral Friday 11 a.m. at St. Mark’s Episcopal Church, 4129 Oxford Av. Memorials may be made to the charity of your choice. Arrangements are with Evergreen Funeral Home and Crematory 904-353-3649