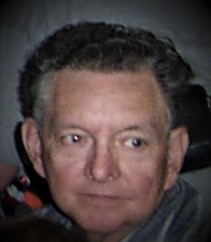 Toney was born on September 23, 1939 in Jacksonville, Fl, where he lived his entire life. After graduating high school, he joined the Coast Guard Reserves and took an apprenticeship position at Naval Air Station, Jacksonville, FL as an A/C Engine Mechanic and was eventually promoted to a full-time position as an Aircraft Mechanic. Years later, he transferred from the Coast Guard Reserves to the Navy Reserves, where he continued drills until he retired as a Senior Chief. He remained at Naval Aviation Rework Facility until his retirement from NAS Jax Navy Depot.

He will always be remembered for his kind heart, quick wit and keen sense of humor. He knew how to bargain and find a good deal. He taught his children the value of money and how to save, a lesson that was passed on to the next generation. Toney was loved dearly and will be deeply missed by his family and friends.

He is preceded in death by his father, Antone, his mother, Ethel and his brother Edward.

He is survived by his wife, Sylvia, his two children, Walter and Lea (Jeff) Gibson, his grandchildren, Lane and Lacie, his brother, Charles, and two sisters, Liz and Ethel Ann.

His family would like to extend their deepest appreciation to the staff at Naval Hospital Jax for caring for Toney like he was one of their own family members. We thank you for making his last days comfortable ones.

1 Thessalonians 4:13-17 13But I would not have you to be ignorant, brethren, concerning them which are asleep, that ye sorrow not, even as others which have no hope. 14For if we believe that Jesus died and rose again, even so them also which sleep in Jesus will God bring with him. 15For this we say unto you by the word of the LORD, that we which are alive and remain unto the coming of the LORD shall not prevent them which are asleep. 16For the LORD himself shall descend from heaven with a shout, with the voice of the archangel, and with the trump of God: and the dead in Christ shall rise first: 17Then we which are alive and remain shall be caught up together with them in the clouds, to meet the LORD in the air: and so shall we ever be with the LORD.