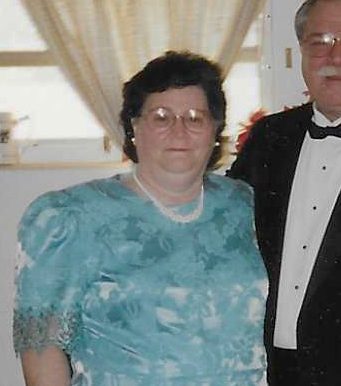 Trina Atkinson Dixon Snelling, 82, was born in Jacksonville to John William (Pete) and Nettie Pauline Sims Atkinson on April 11, 1940.  Trina graduated from Robert E. Lee High School in 1958.  After graduation she went to work for the American National Bank and married O. Roy Dixon Jr.  They had two children, Kimberly Ann (Terry Moore) and Jean Michele (Anthony (Andy) Kelly).  After their divorce, Trina went to work for Gulf Life Insurance.  In 1963, she met an old boyfriend from High School, Ron Snelling on Friday the 13th and they were married on Friday the 13th of March in 1964.  Ron adopted both children.  They had a child of their own, Susan (Suzi) Rene Snelling who was born on Friday the 13th.  After staying at home with Suzi, she went to work for the Sheriff’s Office in the Warrants Division. After several years, she returned to the American National Bank, retiring in 1994. After Ron’s retirement from Jacksonville Fire and Rescue they traveled extensively in their Motor Home visiting 49 states, some, multiple times for the next 20 years.  She is survived by her husband or 58 years, her three children, three grandchildren, four great grandchildren, and two great great grandchildren.  Her primary legacy is that she always cared more for others more than herself.  She will be missed by all.