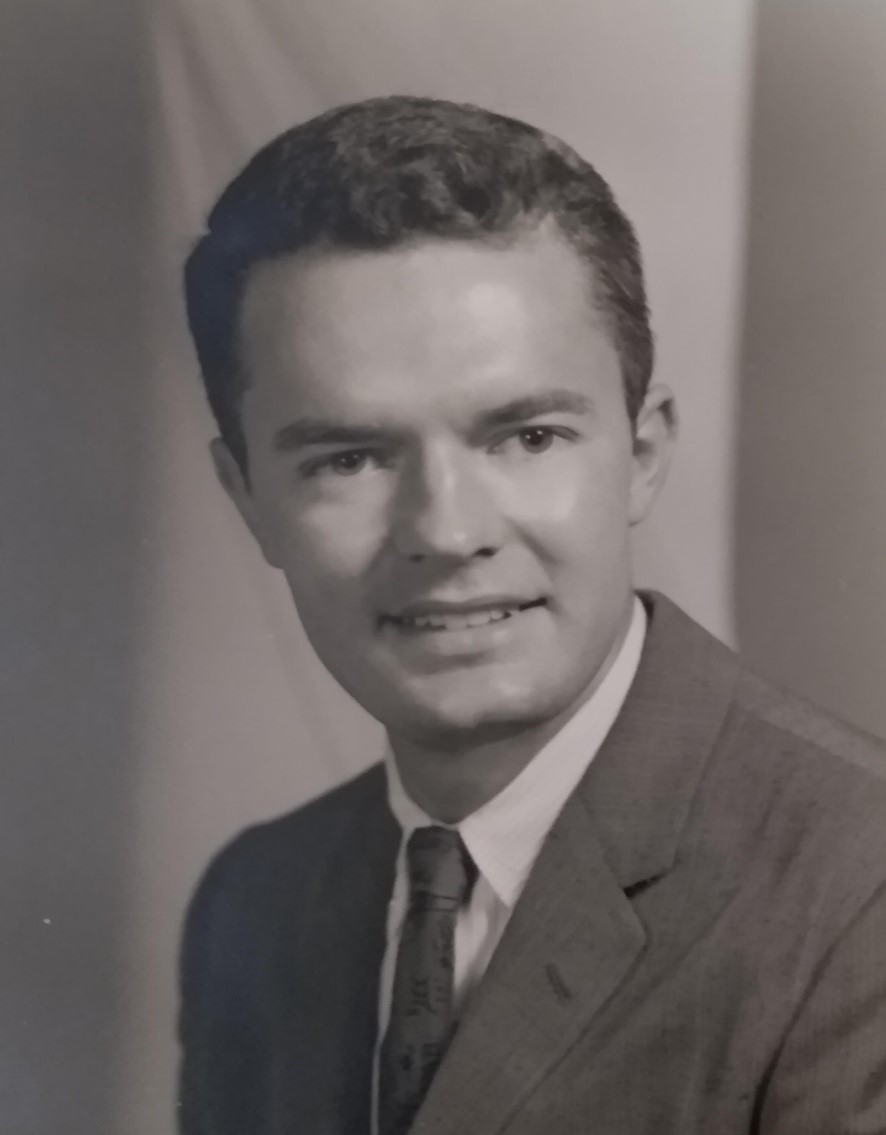 David Arnold Cowdrey, 85, son of the late Chester Claire Cowdrey and Emilie Elizabeth Arnold Cowdrey, went to be with the Lord on July 25, 2020. A devoted husband, father, grandfather and Engineer, David touched and transformed countless lives. Born in Toledo, Ohio, David moved to Jacksonville, Florida with his family during infancy.  Due to his father being an Intelligence officer in the United States Army during World War II, David and his family moved several times, living in California, Virginia and North Carolina.  Returning to Jacksonville, David graduated from Andrew Jackson High School in 1952. He continued his education at Jacksonville Junior College, now known as Jacksonville University.  After two years, David joined the United States Navy where he was awarded the honor of outstanding recruit during his Basic Naval Training at the Naval Air Station Jacksonville. Having completed training, David was stationed at the Naval Air Station Putuxent River, in Maryland.  Concluding his naval service he continued his education at the University of Florida, graduating in 1959 with a Bachelor Degree in Building Construction.

David began his professional career in Jacksonville, Florida, with the United States Army Corps of Engineers.  During this time, he met and married Rosalynde Vardell Gibson with whom they had two children, William Arnold Cowdrey and Claire Vardell Cowdrey. Within his career with the Corps, he worked at Cape Canaveral, assisting in the development of the NASA assembly building.  David retired after a successful 30+ year career. He is remembered by his co-workers, friends and family with love and appreciation for his extraordinary skill as an engineer, counselor, mentor and friend.

Throughout life, David appreciated jazz, art and architecture. He enjoyed writing about his life adventures, and the places he had lived and travelled to. He had a passion for running, fishing, learning the French language and reading a great mystery. Throughout his life, he greatly enjoyed the sports of baseball and football.  He loved watching baseball, especially the Baltimore Orioles and his childhood favorite, St. Louis Cardinals. He also watched with great enthusiasm Florida Gators and Washington Redskins football. He enjoyed many summers with family in North Carolina where he had cherished memories, great conversations and good times spent with his wife, son and daughter, grandchildren, friends, and extended family.