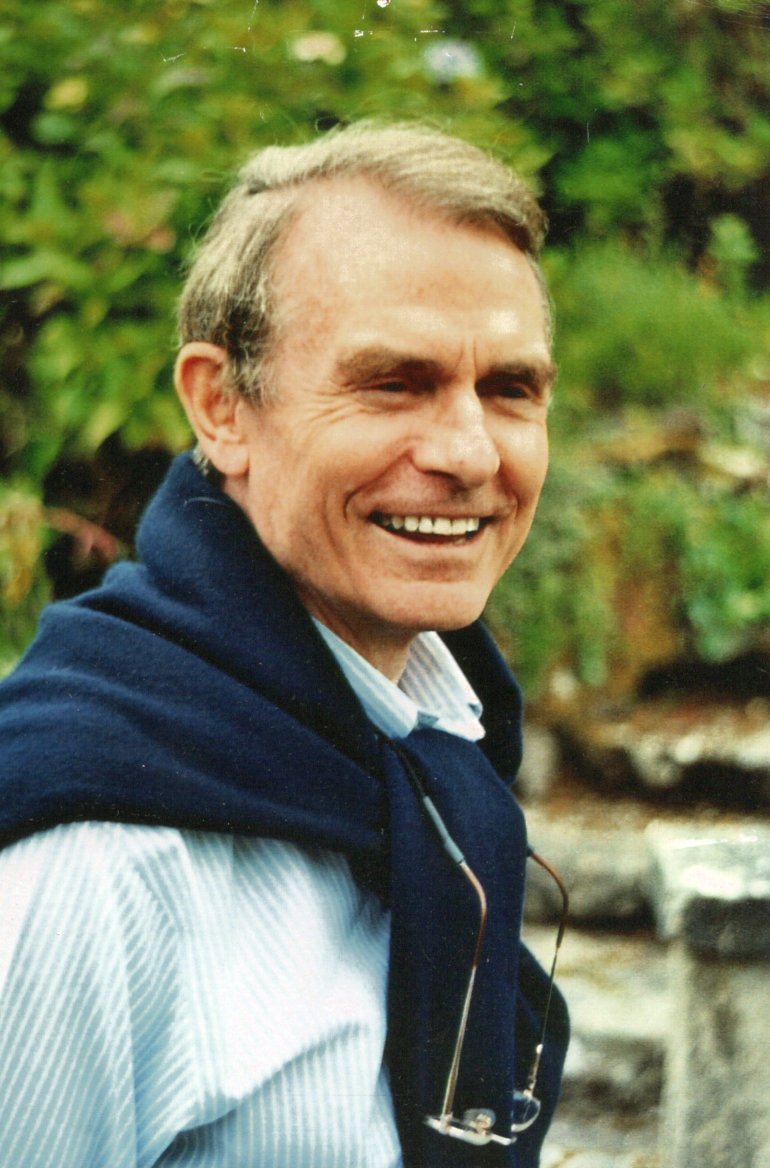 Tom was born to David Woodward and Mary Nicks Moody on January 19, 1941, and grew up in Nashville, TN. He attended Vanderbilt University, from which he received both his undergraduate degree in mathematics and his law degree. While pursuing the latter, he made Law Review. Tom went on to serve his country in the U.S. Navy Reserve Judge Advocate General’s (JAG) Corps.

Tom subsequently found success in the private sector. He practiced law at Baker Botts LLP in Houston, TX, made partner, and became a young leader at the firm. Having recognized early the transformational potential of evolving technologies, Tom was the office’s first attorney to have a computer in his office. And he encouraged the entire firm to adapt early. Given his expertise and interests, Tom also advised on leveraged lease financings of mainframe computers, in addition to a variety of other transactions. When he left Baker Botts to move to Jacksonville in 1982, he pivoted to bankruptcy law, handling the Chapter XI reorganization of the Charter Company. Throughout, Tom was invariably a lawyer’s lawyer—a man of unceasing diligence, loyalty, ethics, and immaculate shirt cuffs.

Tom married Julia Marcy Mason, a Jacksonville native, on October 17, 1981. They raised two daughters together. Tom loved to travel with his family and particularly enjoyed many happy visits to London, where he appreciated countless theatre productions.

Tom was known for his impish sense of humor, nocturnal habits, and good health. In his younger years, he enjoyed disrupting the occasional party by emitting what he called a Bohemian scream, a shriek so loud it could shake a house and leave him hoarse for an hour afterwards. A self-professed night owl, Tom worked late into many nights—on his schoolwork, with his colleagues at Baker Botts, and with his daughters on their schoolwork. Tom enjoyed a lifelong passion for physical exercise, doing 100 daily push-ups well into his 70s. He considered yardwork part of his exercise routine and took pride in maintaining a pristine yard. He was also an avid skier and went on many ski trips, with both his daughters and the close-knit group of childhood friends with whom he remained in touch all his life.

Tom is survived by: his wife, Marcy; his two daughters, Marcy Nicks Moody Ordway (Demian) and Anne Woodward Moody; his only brother, Richard Nicks Moody (Janet); two grandchildren (Aurora May Ordway and David Luther Ordway); and two nephews. The family hopes that Tom lets out a Bohemian scream upon his arrival in heaven.

A private memorial service will be held a later date.

In lieu of flowers, the family suggests memorial donations be made to Vanderbilt University Law School.