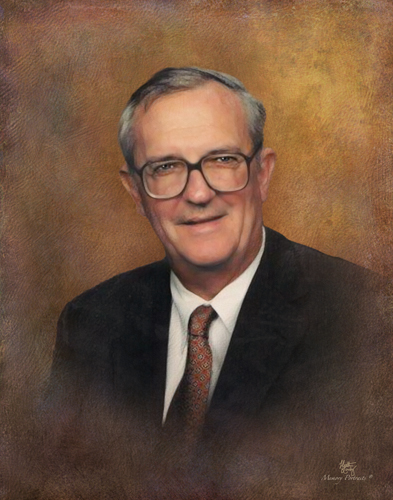 Edward McCarthy, Jr., local Jacksonville attorney, died July 1, 2020, in Jacksonville, Florida, at the age of 89 with his family by his side. He was committed to Christ, devoted to family, and gave to others abundantly, with no desire for recognition. He is survived by his wife of 59 years, the former Julie Beville Fant and his daughter Beville McCarthy Anderson (Greg) and son Edward McCarthy, III (Ann), sister Deborah McCarthy Adams (James) of Greensboro, NC, and grandsons Bryan McCarthy Anderson (Mac), Quillan Rutledge Anderson, Edward McCarthy, IV (Cort), Declan Carroll McCarthy and granddaughter Hannah Frances McCarthy.

Ed was born January 17, 1931, in St. Vincent’s Hospital, the son of Edward McCarthy and Margaret Durkee McCarthy, both having predeceased him. He was also predeceased by his grandson Owen Carroll McCarthy, his adopted son Mitchell Fant McCarthy, and his sister Sarah Allison Pattillo and brother-in-law Pat Pattillo.

Ed was raised in Jacksonville and attended West Riverside Elementary and John Gorrie Junior High before graduating from Phillips Exeter Academy, Princeton University, and University of Colorado Law School, Boulder, making life long friends along the way. In 1960 he returned to Jacksonville to practice law with his father’s law firm, McCarthy, Lane & Adams (later McCarthy, Adams & Foote) until his father’s death in 1967. He recognized how fortunate he was to have 7 years with guidance from his father, as well as Ed Lane, Elliott Adams and Marshall Foote.  In 1968, he joined Freeman, Richardson, Watson, and McCarthy before starting his own firm in 1980.  He was a successful trial, appellate, real estate, and estates and trusts lawyer. He had a life long struggle with his golf game, and had better success in his games of gin rummy that followed golf, especially with his best friend, Max Dickinson.

Ed’s “away from work life” was primarily devoted to his wonderful and beautiful wife Julie and their children Beville, Edward III and son Mitchell. He was a loving and generous husband, father and later grandfather, who sacrificed much for the good of his family.

Ed was a servant leader, serving on the Boards of Directors for Christian Healing Ministries and Riverside Hospital and the Vestry of St. Mark’s Episcopal Church. He also served on the boards of the Edna Sproull Williams Foundation, the Eunice Pitt Odom Semmes Foundation, and the Jess & Brewster J. Durkee Foundation.

The family is very grateful to Ed’s team of caregivers for their faithful and dedicated care during his final years. In lieu of flowers, please consider a gift to Christian Healing Ministries (438 West 67th Street, Jacksonville, FL  32208) or St. Mark’s Episcopal Church (4129 Oxford Avenue, Jacksonville, FL  32210).

Due to COVID-19 concerns, a private graveside service is planned.