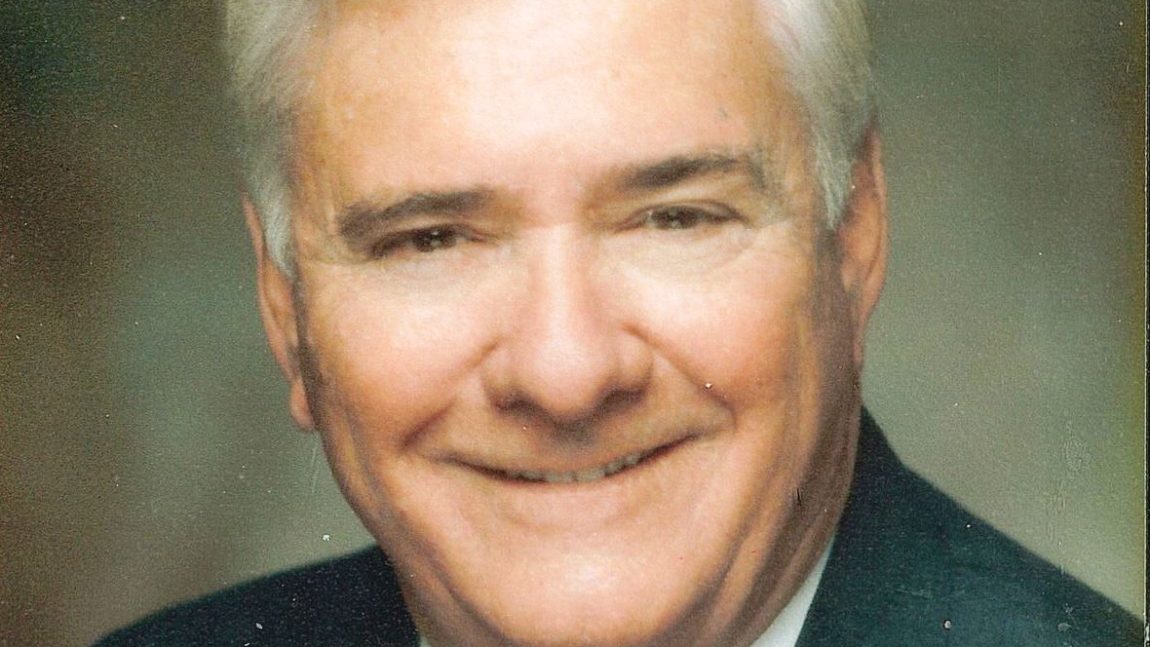 Henry Winfred Cook, 93, passed away peacefully on September 17, 2022 at Mayo surrounded by his loving family.

He was born February 22,1929, in Moultrie Georgia, to Henry Clinton and Pearl Adel Cook. He graduated from Moultrie High School and Georgia Southern College in Americus. He moved to Jacksonville, Florida in 1948 and went to work with the City of Jacksonville, retiring in 1968 as an Assistant Engineer. He was elected to the Civil Service Board and shortly afterward was elected as City Councilman At-Large in 1983. During his tenure on the City Council, Henry was elected twice as Council President. Henry continued his 40 years of outstanding leadership and service to the City of Jacksonville. Henry was elected Clerk of the Court, Fourth Judicial Circuit, Duval County from 1988-2001. Serving the City of Jacksonville was not only Henry’s passion, he regularly gave his time for the betterment of the community. Henry was President of the Florida League of Cities in 1985 and the National League of Cities Board of Directors in 1986¬87. His extraordinary skills continued with an appointment to the National Association of Counties. Henry went on to become the Florida Association Court Clerks and Comptroller-President in 1996 and 1997. Henry was elected President and life member of the Jacksonville Jaycees. He was a caring and hard-working person who gave of himself, his time and his many talents to make this city and state a better place for all. Henry was the Charter President of the Civitan Club and worked tirelessly with Prevent Blindness. He also was an active member of the Rotary Club achieving the Paul Harris Fellow. Henry was a 32nd Degree Mason and member of the Morocco Temple Shrine. Henry was one of the founding members of the Chop and Chomp that donated football scholarship money to Florida and Florida State students. Henry was a freelance artist, having owned Henry Cook & Associates Commercial Art and Screen Process Company. The annual Celebrity Roast Program books would not be the same without the artwork of Henry who created a caricature of each roast honoree for twenty years for his continuing support of Spina Bifada Foundation. He has painted many landscapes that he exhibited and also has several paintings published in the Artists of Amelia Art Book.

The most important thing in Henry’s life was his family. He met Dorothy “Dot” Eaddy, a native of Jacksonville on a blind date. They were blessed to share 71 years of marriage together. They loved to travel the US and abroad, also enjoying many cruises. He got a lot of his painting ideas while he and Dot did their daily walking on the beach in Amelia Island where they built a beach home in 1990. The beach brought much peace and serenity to their lives. He was an avid Gator and Jaguar fan being an inaugural ticket holder with the Jaguars. Henry had a great sense of humor and was a fantastic story teller. He had big heart and will be missed by all who knew and loved him. He is survived by his wife of 71 years, Dorothy “Dot”, daughter Cheryl Morgan, daughter Kristi Sikes (Buddy) of Jacksonville, Florida, grandson Dusty Sikes (Tara), of Charleston, S.C., great granddaughter, Sierra Morgan, Jacksonville, Florida. Predeceased by granddaughter Lindsey Morgan and grandson Ryan Morgan, and brother Charles Cook all from Jacksonville, Florida as well as many nieces, nephews, and friends.

The visitation will be Tuesday, October 4th at 10:00 a.m. followed by the service at 11:00 a.m. at North Jacksonville Baptist Church, 8531 North Main Street, Jacksonville, Florida 32218. A reception will follow the service at the church. Family Interment will be at 2:00 pm at Evergreen Cemetery 4535 Main Street. Please enter through Gate 5 off Evergreen Ave.