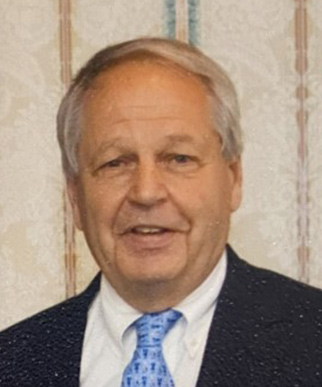 Frank was born on March 15, 1938 in Salem, Virginia, the youngest child of Myrtle and James Frank Surface.  Frank spent his early years in Virginia with his two sisters, Barbara and Jackie, until their family moved to Jacksonville, the city Frank loved and called home the rest of his life.

Frank graduated from Robert E. Lee High School, where he excelled as a student and captain of the basketball team.  Frank then attended Washington and Lee University, where he graduated with a Bachelor of Science degree in Business Management, served as President of the student body and was captain of the basketball team.  He then earned his Juris Doctor degree, with honors, from the University of Florida Law School.  During this time, Frank also served in the Army Reserves Judge Advocate General’s Corps.

While attending Washington and Lee, Frank met the love of his life, Sally Holcomb, and they married in 1961.  Together, they raised three children: James Frank Surface III (Heather), David King Surface (Marchie) and John Spencer Surface (Kristen), all of whom live in Jacksonville.

Frank began his career as a practicing attorney at Mahoney, Hadlow, Chambers and Adams, where he became a managing partner of the firm, and completed his law practice Of Counsel with LeBoeuf, Lamb, Green and MacRae.   While he was practicing law, Frank started several new business ventures, including Stand n’ Snack restaurant chain (home of the Big Frank hot dog), Lakeshore Dry Storage Marina and other successful businesses.  Following his law career, Frank pursued his passion for entrepreneurship by co-founding Vesta Property Services, where he served as Chairman and Chief Executive Officer for the last 25 years.  Under his leadership, Vesta has grown into one of the largest property management companies in Florida, providing community and amenity management, financing and ancillary services to master planned residential communities.  Frank took great pride in Vesta’s success and his many relationships with both associates and clients along the way.

Frank had a true zest for life and pursued all of his interests with unmatched passion.  He had a lifelong involvement at and deep affection for Washington and Lee University, where he served on the Board of Trustees, as Rector (Chairman) from 1997-2003 and as Rector Emeritus.  He also taught in the law school at W&L while his two oldest sons attended the school and served on the Institute for Honor Council, which promotes the school’s Honor Code and student self-governance, which he firmly believed developed character and honor in young men and women.  Frank was active in the Jacksonville community also, serving as a founding member of St. Mark’s Episcopal Day School, the Jacksonville Zoological Society, Enterprise Florida and Central Jacksonville, Inc.  He was the Chairman of several local boards, including Leadership Jacksonville, the March of Dimes Campaign and the Jacksonville Charter Revision Commission, and served on the boards of The Bolles School, St. Mark’s Episcopal Church Foundation and the Jacksonville Chamber of Commerce.

Frank was an avid outdoorsman, who loved hunting, fishing, boating, golfing and football.  He spent over 60 years going to the Bahamas, spearfishing, fishing and enjoying the company of the many friends he made in the Andros and Abaco Islands and Bimini.  He served as “Keeper of the Laws” of the White Lobster Society, a Bahamian enthusiast group, and helped form Hopetown Rising, a non-profit organization that provides hurricane relief funds to the Abaco Islands.  Frank enjoyed spending time hunting ducks, farming and exploring Maryfield Plantation, his hunting property in southeast Georgia.  He also enjoyed second-guessing and attending games of his beloved Jacksonville Jaguars.

Frank’s biggest passion and lasting legacy was his family.  He dearly loved his wife Sally, and they enjoyed a loving marriage for nearly 60 years.  They were wonderful and attentive parents who attended hundreds of high school and college sporting and other events in which their children and grandchildren participated.  They developed deep bonds with their three daughters-in-law and are adored by their eight grandchildren, Jamie Surface (22), Peyton Surface (19), Hadley Surface (9), Gracie Surface (20), King Surface (14), Spencer Surface (15), Eve Surface (13) and Bennett Surface (11), who enjoyed countless family gatherings at Mimi and Papa’s house.  Frank also had a wonderful and diverse network of friends and treasured meeting with them at Good Guys, NPL and other lunches and get-togethers.

Frank is survived by his wife Sally, his three children and their spouses and his eight grandchildren.  He is predeceased by his mother, Myrtle Duckworth, his father James Frank Surface, his step-father Admiral Herbert Spencer Duckworth, and his two sisters, Barbara and Jackie.

Due to COVID-19 concerns, a private family graveside service is planned, followed by a celebratory gathering on the one-year anniversary of Frank’s passing.