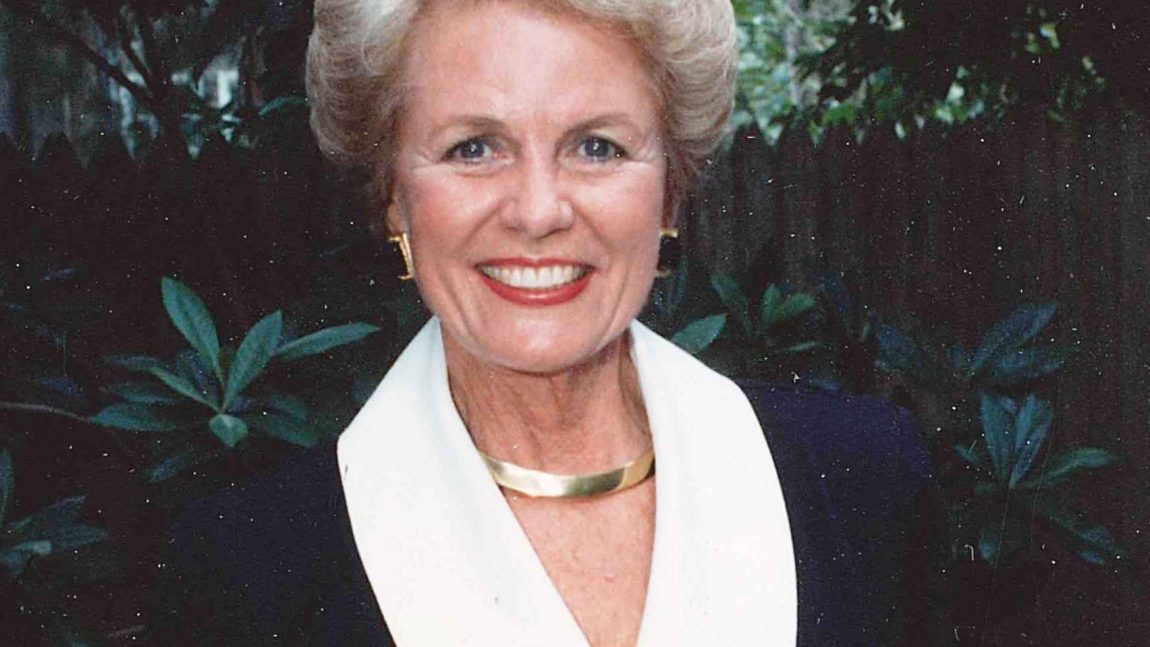 JoAnn Bonneau Mullen passed away May 17, 2020 in Jacksonville, FL. Born on June 18, 1925, in Wichita Falls, Texas, JoAnn was the first child of Georgia and Albert Bonneau. A few months later, she and her parents moved to McAllen, Texas where she spent her youthful and formative years. She graduated from McAllen High School in 1942 and the University of Texas in 1946 where she was a member of the Chi Omega Sorority.

After college, JoAnn joined American Airlines as a flight attendant and was based in Memphis, TN, where she met her first husband, William (Bill) Weller Drennon – a romance that led to their marriage in 1949. During their first 10 years of marriage, JoAnn and Bill lived in Memphis where their three daughters Daphne, Deborah and Wendy were born. In 1965, JoAnn and her family moved to Jacksonville where her husband, Bill, joined Bryant Skinner to help develop and grow Deerwood Country Club.

After 32 years of marriage, JoAnn and Bill separated and JoAnn had the great fortune to be introduced to Dr. Sanford A. Mullen whom she married in 1987. During their time together, JoAnn and Sanford enjoyed traveling abroad and experiencing the world together. Sadly, in 1994, Sanford succumbed to his courageous battle with cancer.

JoAnn was a beautiful woman and lit up every room she entered. She was devoted to her daughters and nothing made her happier than being surrounded by her family who lovingly called her JoJo.

The family wishes to express its deepest gratitude for the love and devotion that Shirley Coleman showed her for over four decades.

As a consequence of COVID-19, a mass will be held at St. Matthews Catholic Church and officiated by Father John Reynolds for the immediate family only. Interment will follow at Evergreen Cemetery. In lieu of flowers, memorials may be made to Wolfson Children’s Hospital 1325 San Marco Blvd. Jax, FL 32207.