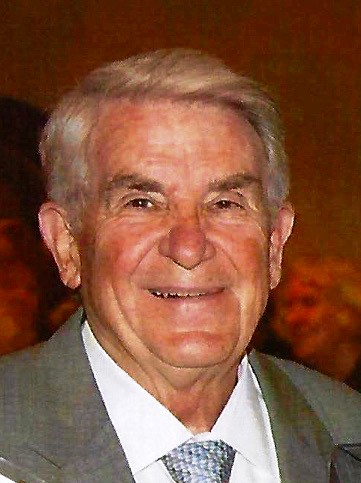 John spent his professional career in the areas of law and banking.  In 2016, he was recognized as a 50 year member of the Florida Bar Association.  John served the legal community faithfully and treasured the relationships he built with many clients. He was deeply honored to be admitted and qualified as an attorney and counselor of the U.S. Supreme Court in 1994.

John served his community willingly and touched many lives through his years of service. He was President of St. Vincent’s Foundation, Evergreen Cemetery Association, Duval County American Cancer Society, Meninak Club, and Willing Hands.  He served on the state boards of the American Cancer Society and the American Red Cross.  He was also highly involved with Jacksonville University, the Cummer Museum of Art and Gardens, Fellowship of Christian Athletes and Young Life.

His multiple terms of service on the Board of Episcopal School of Jacksonville were enhanced by his enormous pleasure in devotedly attending every athletic event in which his children participated, sometimes having to run from one ball field to another.  In more recent years, John continued his tradition by cheering for his 5 granddaughters in their variety of activities at ESJ.  He delighted in overseeing various building projects on campus and was so honored to be named Trustee Emeritus in 2012.

John never met a stranger and always received the greatest joy helping those in need.  He had a big loving heart, which often overflowed into his “gift of tears”.  In 2000, John was honored with the National Philanthropy Award for Outstanding Volunteer Commitment.

An active member of St. John’s Cathedral for over 50 years, he served several terms on the Vestry, in addition to other church leadership positions.  His work in the Church and the Episcopal Diocese of Florida was very important to him.  He served on the Executive Council of the Diocese, was active in the Cursillo Renewal Movement and dedicated much time to the Diocesan Camp and Conference Center, where he served as Chairman during an extensive building campaign.  In 2003, John was the recipient of the Distinguished Service Medal for the Diocese of Florida.  In 2009, he and Patty received the Bishop’s Cross Award for their continued dedication and support to the Diocese.

John was a Charter Member of and served on the International Board of the Compass Rose Society, an organization of Episcopalians who support the ministry of the Archbishop of Canterbury within the Anglican Communion.  In 2014, John was honored in London by the Archbishop with the Compass Rose Medallion for his contribution and ongoing support of the Society.