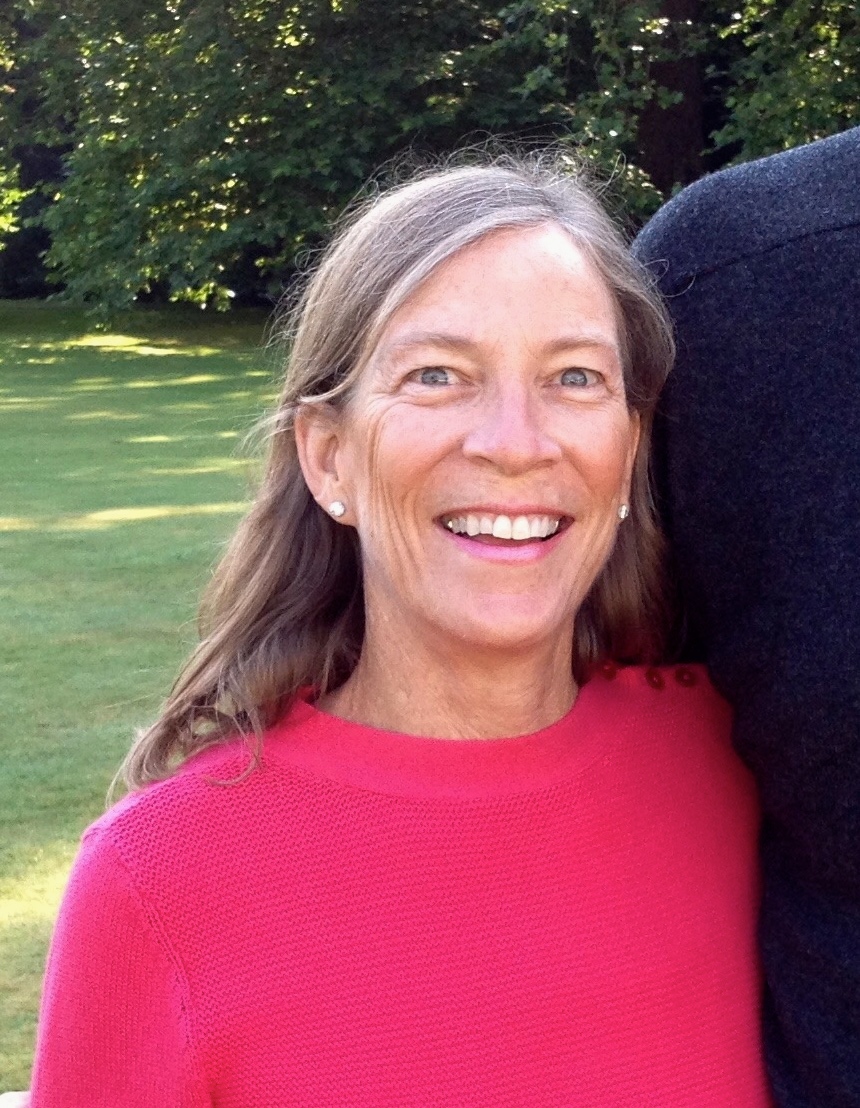 After 60 years of living each day with unending positivity and optimism, Martha Cousar Davis died on December 5th, 2019. Martha greeted every day, person, and dog she met with genuine enthusiasm and her magnificent smile. Martha’s kind spirit touched so many lives and the example she set will continue to inspire everyone who knew her and those around her.

Martha was born on September 22, 1959 in Jacksonville, Florida to Dr. James E. Cousar, III and Mary Young Cousar. Martha grew up alongside her three older siblings in Jacksonville, where their father was a surgeon. Martha attended Bartram School for Girls and The Bolles School, where she was an All-American swimmer. She then went on to Princeton University, where she joined Tower Eating Club and graduated in 1981 with a degree in Biology.

After Princeton, Martha explored marine research (blue crabs on the Eastern Shore for the Smithsonian) and teaching (at her alma mater, Bartram), before eventually deciding to pursue an advanced degree in Counseling Psychology at the University of Florida.

On a visit home after her freshman year at Princeton, Martha crossed paths with her kindergarten classmate, Gardner Davis. The two began a wonderful friendship, which blossomed into courtship, and ultimately, marriage. Martha and Gardner celebrated their 35th wedding anniversary this past May.

Martha loved her family, friends, and dogs, and overcame significant challenges to get every minute she spent with them, both over the past three years and when her children were young. In 1997 Martha was nearly killed in a serious car accident. The years that followed showcased the depth of Martha’s courage and resilience, and the outpouring of support from her community highlighted the reach of her impact on those around her.

Martha’s selflessness and generosity were evident in both her individual relationships and dedication to numerous charitable organizations in Jacksonville. This included her work for Downtown Ecumenical Services Council (DESC), the Junior League, Sanctuary on 8th Street, and Riverside Presbyterian Church.

Martha’s creativity abounded into her many artistic pursuits. She was a skilled painter, calligrapher, scrapbooker, seamstress, musician, and letter writer. Martha loved traveling, especially if the destination involved eating lobster, walking on the beach, seeing her children, or spending time with her new grandbaby.

Martha’s family extends their deep appreciation and gratitude to Dr. Unni Thomas and the nurses at the Booth Road office of Cancer Specialists of North Florida for the warmth and kindness they showed Martha while caring for her over the past three years.

Martha was predeceased by her father. She is survived by her mother, beloved husband Gardner, three children; Dr. Molly Foukal (Nicholas), Gardner (Anna) and Elizabeth, and cherished granddaughter Davis Foukal. Martha is also survived by her sister Mary Coxe (Hank) and brothers Jim Cousar (Donna) and Dr. Don Cousar (Joan), as well as sisters-in-law, June Chambers and Louise Beattie (Stu) and many nieces and nephews.

A Memorial Service will be held at Riverside Presbyterian Church on Tuesday, December 10th at 11a.m.

In lieu of flowers, the family requests contributions be made to Downtown Ecumenical Services Council (descjax.org), Sanctuary on 8th Street (sanctuaryon8th.org), or the charity of your choice.