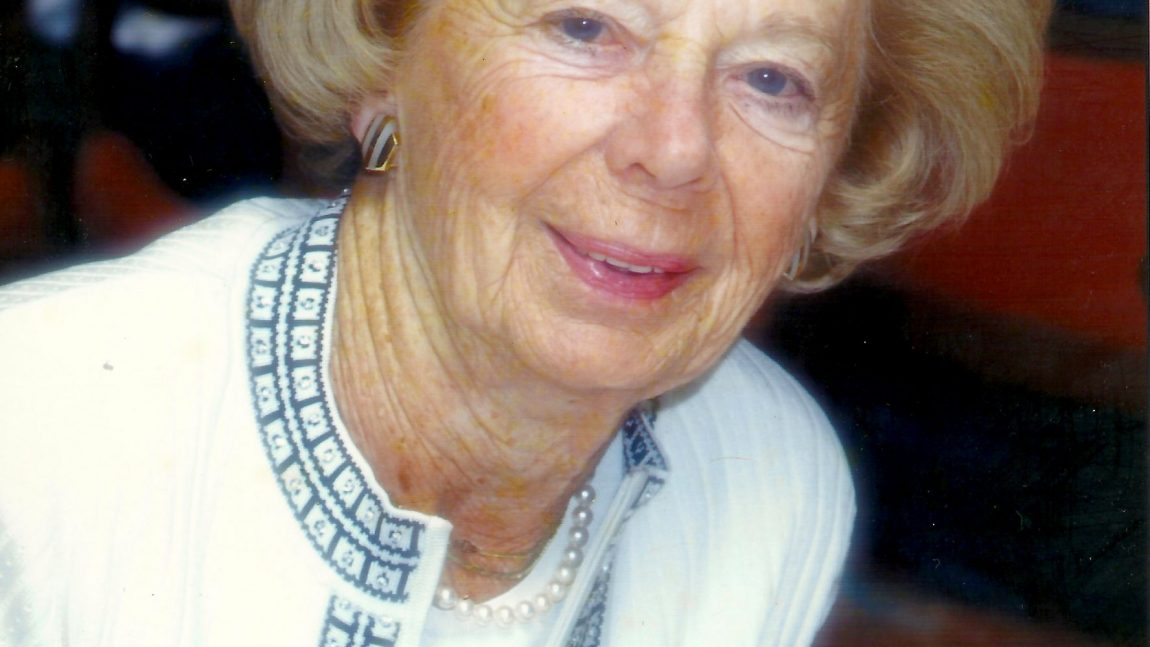 Mary Ann Swanger Burns died peacefully of natural causes at her home in Jacksonville, Florida, on October 17, 2020, at the age of 97. Mary Ann was born on January 7, 1923, in Lebanon, Pennsylvania, to John Henry Swanger and Agnes Clara Fackler Swanger.

The family moved to Lancaster, Pennsylvania, when Mary Ann was an infant. She attended The Shippen School for Girls on an academic scholarship and graduated from Linden Hall, the oldest boarding and day school for girls in the country. Throughout her schooling, she excelled in the classroom and in field hockey, always competing at the varsity level.

She continued her education at Connecticut College for Women (now Connecticut College) in New London, Connecticut, and graduated with a degree in Economics in 1944. It was there, in the fall of 1943, that she met the love of her life, William Shuler Burns, a handsome Naval officer from Lebanon, Virginia, who was training his squadron of Torpedo Bombers for missions off the USS Essex in the Pacific Theater. They were married on February 3, 1944, and had 55 wonderful years together. They spent the first 18 years of their marriage in Lancaster, Pennsylvania, where Bill helped run the road construction company owned by Mary Ann’s father. While in Lancaster, Mary Ann was involved in many volunteer projects with the Junior League of Lancaster. She also spent countless happy hours perfecting her golf skills with her friends at the Lancaster Country Club.

In 1962, Mary Ann and family moved to Jacksonville, Florida, so Bill could assume the presidency of Houdaille Duval Wright Co. In Jacksonville, Mary Ann continued her volunteer work through the Junior League of Jacksonville and at the old University Hospital (now UF Shands) where she was treasurer of the Women’s Auxiliary for many years. She also maintained her love of sports, playing golf until she was 90 and tennis well into her 93rd year. An avid bridge player, Mary Ann enjoyed multiple games a week with her very special bridge friends. She was a member of the Acacia Garden Circle and served a number of years as treasurer. One of the highlights of every week for Mary Ann for over 25 years was the gathering of her closest friends in the Friday Night Dinner Club at Timuquana Country Club. Mary Ann was also an enthusiastic Florida Gator fan. Last year she was honored for being a Gator Booster for over 50 years.

Mary Ann loved to travel. She visited over 60 countries and every continent except Antarctica, and treasured all her many trips and cruises with her children and grandchildren. Mary Ann had an incredible zest for life and lived every day to the fullest. She always maintained a positive outlook and gracious demeanor that was admired by many. Her family adored her and all have been inspired to live as she did.

In lieu of flowers, please consider a donation to the Jacksonville Symphony, the Salvation Army, or to the church Mary Ann faithfully attended and loved, Riverside Presbyterian (rpcjax.org). Due to the pandemic, a graveside service was attended by family only.