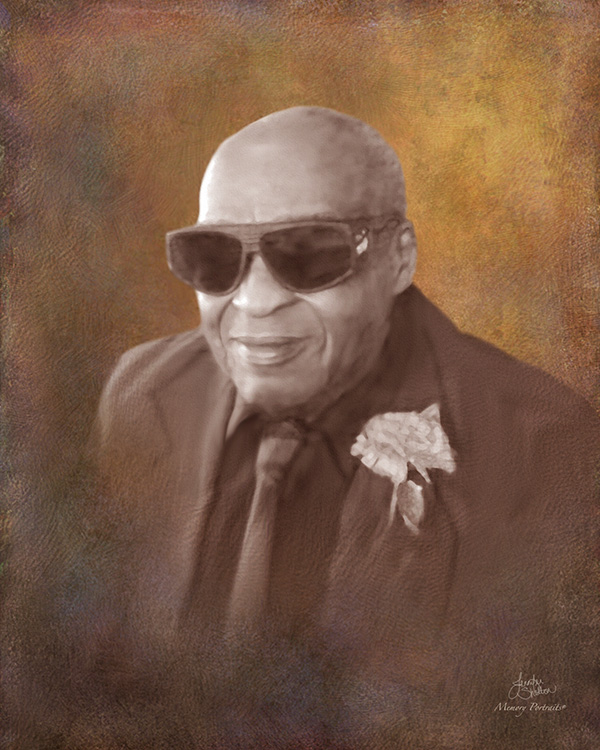 Samuel Smith was born on August 29, 1935 in Jacksonville, Florida to Rachel Smith and Ned Wilson. Sammie, as he was lovingly called by his family and friends, was raised by his grandparents, Samuel and Mary Smith. The Smith household was the gathering place for all of their grandchildren. While Sammie and his sister, Delores, lived in their grandparents home, their first cousins were frequent visitors, so the cousins were very close and became lifelong friends.

Sammie attended the public schools of Jacksonville, Florida: Long Branch Elementary and Matthew W. Gilbert High School, where he graduated in 1954. After graduating from high school, he worked in the fish and shrimp industry on Trout River. He also worked at Evergreen Cemetery. In the late 1950s he joined the United States Army and was stationed in Europe. After his tour with the Army, he was employed as a Merchant Marine for over thirty years.

Sammie was a member of St. James AME church until its closure in 2007. He later became a member of Friendship Baptist Church.

He was a fun-loving person who always had a story to tell. He loved to cook and his Mother often joked about the way he randomly selected spices for various dishes.

He loved people, and in his own special way, expressed that love by kind acts and deeds. When a close family friend, Coach Cyrus Jones and his track team were in Florida, a favorite stop for the bus would be at the home of Cyrus’s brother, Issac “Jimmy” Jones. On these occasions, Sammie arrived with his cooker and prepared delicious meals for members of the track team.

After the death of his Mother, he became the caregiver of his stepfather. One of his cousins remembers him, driving her from New York to Jacksonville, making only short necessary stops. They would leave late at night and arrive in Jacksonville the next afternoon.

When Sammie lost his vision, there were some beautiful spirits that chose to let God’s light and love shine through them. Some examples are driving him to a conference in Atlanta, taking meals to him, assuring that he was involved in family get-togethers, cleaning his home, taking him to medical appointments, taking him to church, visiting with him, and assisting him with his activities of daily living(ADLs). On his 84th. birthday, his last birthday celebration, family members and friends gathered with Sammie at the Cathedral nursing center. They sang happy birthday, shared cake and ice cream as well as cherished memories.

Sammie was preceded in death by his grandparents, his parents, Eddie and Rachel Richardson, his sister, Delores McMillan, brother, Samuel Wilson, his uncle and aunt, Joseph and Viola Smith, aunt, Mary Porter, and aunt and uncle, Willie and Maude Stewart. He was also predeceased by one nephew, Jeffry McMillan and his beloved cousins, Alphonso, Nathaniel and Meriel Stewart, and Gloria Holzendorf.

and many other relatives and friends who celebrate his life and mourn his passing.

“And Lord haste the day when the faith shall be sight. The clouds be rolled back as a scroll; The trump shall resound, and the Lord shall descend. Even so, it is well with my soul”.