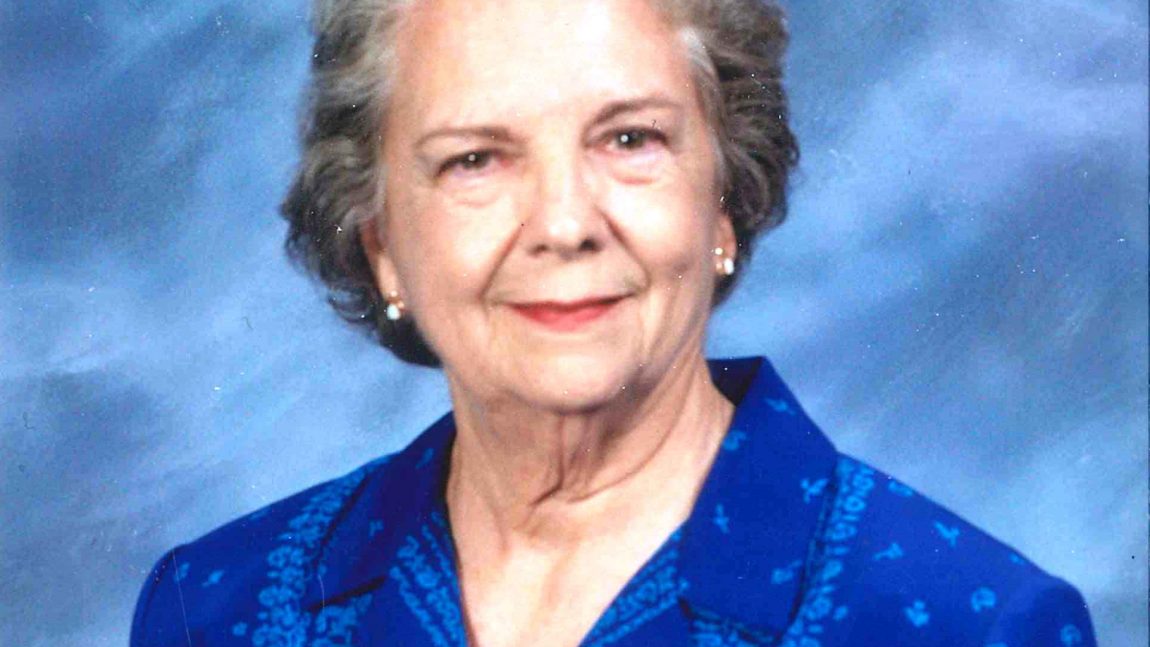 Virginia was born on October 10, 1926 to the late Harvey and Alma Glover in Daytona Beach, Florida.  She grew up in Jacksonville, graduating from Andrew Jackson High School in 1944. There she met her first husband, Eugene Blackman, and they were married in 1947, later moving to Atlanta, Georgia.   After losing Gene tragically in a car accident in 1965, Virginia stayed in Atlanta, working and raising three sons.   In 1968 she married Albert Cicero and they joined their two families.  After Al’s death in 1992, Virginia returned to Jacksonville.

Virginia never waivered in her love for the Lord,  and was a member of the Arlington Road Church of Christ in Jacksonville.  She was known for her compassionate and generous spirit as well as her love of family.  She was always ready to lend a helping hand to others when needed.

Consistent with Covid-19 restrictions, a small family graveside service is planned at 10:30 am on Friday, May 1, at Evergreen Cemetery, 4535 Main St., in Jacksonville.  In lieu of flowers, donations may be sent to the Agape Center, 1159 Promised Land Rd., Moneta, VA  24121 (www.agapecentersml.org).